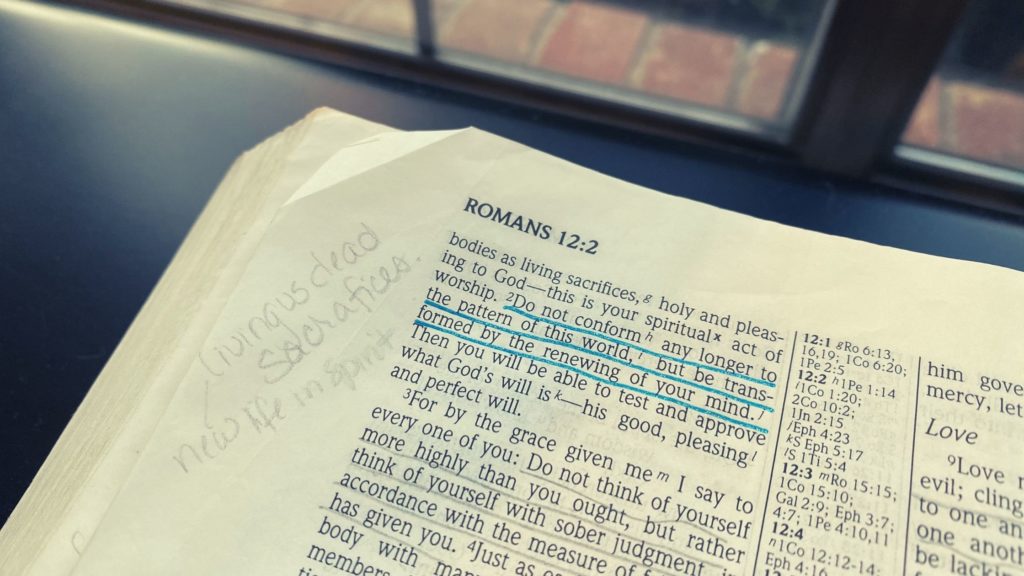 But as for you, continue in what you have learned and have become convinced of, because you know those from whom you learned it, and how from infancy you have known the Holy Scriptures, which are able to make you wise for salvation through faith in Christ Jesus. All Scripture is God-breathed and is useful for teaching, rebuking, correcting and training in righteousness, so that the servant of God[a] may be thoroughly equipped for every good work. 2 Timothy 3:14-17 “You need a new Bible.” That was my daughter’s unsolicited opinion as she plopped my Bible on our dining room table the other night because she needed assistance with religion homework. She has a point. I have had this particular Bible since I was fourteen years old and frankly, it’s looking every day of those thirty plus years. Allow me to paint a picture for you: The binding is currently being held together with packing tape. In the front cover is a crayon masterpiece scribbled by a two-year-old. In the back cover is a sweet note from Todd that he taped there when we were dating. Genesis 15 has a coffee stain; Deuteronomy 6 has a coffee stain AND water damage. Ecclesiastes 3 is missing all together. (I blame the aforementioned 2-year-old). The scribbled notes in the margin of a significant section reflect a period where apparently, I experimented with writing my my a’s more like upside down g’s. I have no memory of this phase. I’m glad it has passed. There is a prayer list stuck in the back that includes names I don’t recognize and post it notes scattered throughout of indistinguishable color after years of being bleached by the sun from my front window. One

It occurred to me this week how much my dentist reminds me of God. Before you accuse me of blasphemy, give me a chance to explain! My dentist is certainly a good and Godly man and I respect him greatly, but I am not equating him directly to the creator of the universe or looking to him for my salvation. A significant amount of time in a dental office this week, however, has given me some time to reflect on my gratitude for my dentist, but even more so for my God. Let me be completely honest and tell you that while I like my dentist as a person (he really is a great guy) I am never very excited to go see him. You could say that I have a healthy fear of him. I am aware that a visit to see him can quickly become a very literal pain. It is no coincidence that people often describe their least favorite tasks by comparing them to a root canal! A decent day can quickly take a turn with one look at an x-ray or peak into my mouth where his expert eye can diagnose a problem and prescribe an unpleasant remedy.   My fear has some basis, of course, but it does not keep me from going back to see him every few months. Why? Because in spite of the fact that I know a visit might cause me some discomfort, twenty five years’ experience in his care has taught me that I can trust that he not only has the knowledge to diagnose my problems, but he also has the skill to resolve them. And although I may 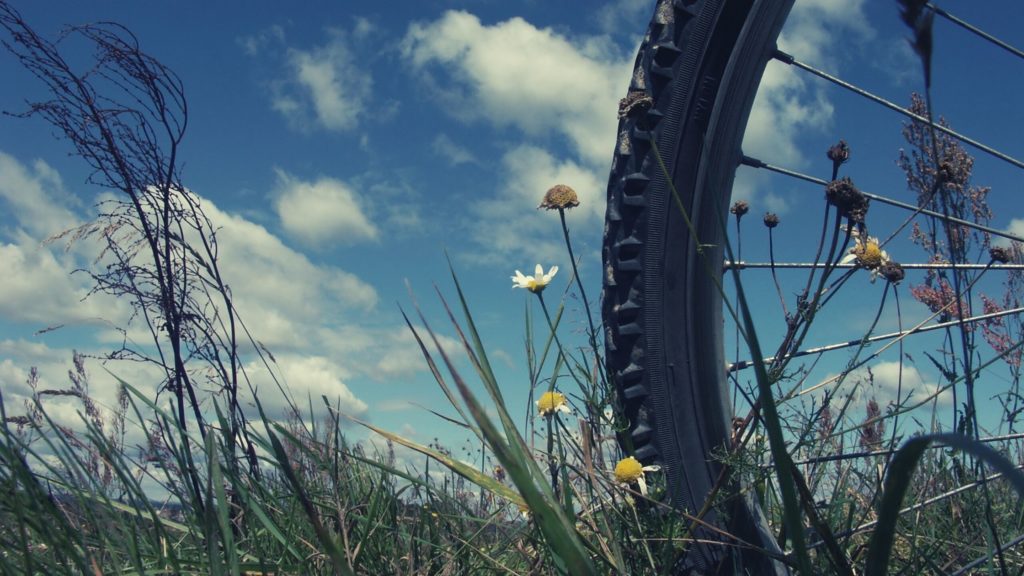 A Spirit of Risk

This past weekend I took a few days off to meet some friends from Atlanta in St. Louis to cycle the Katy Trail. It’s a 240 mile “rails to trails” project (www.railstotrails.org) that took a derelict railroad route and turned it into a gem of a gravel trail running parallel to the Missouri River. People walk, run, hike, and bike the trail, stopping along the way at the small towns on the route to eat, rest, and visit the wineries. Some do a few miles and some do more! What I didn’t know going in to it, however, is that the trail was the route pioneered by Lewis and Clark on their expedition west beginning in 1804. Setting out from St. Charles, MO just west of St. Louis, they traveled until they reached the Pacific Ocean in the late winter of 1805. Quite an accomplishment! The railroad? Well, they did no such thing. They chose the obvious and used the already pioneered course. Ho-hum. But that’s just it. Lewis and Clark chose to create a trail, a route westward out of nothing, while the railroad used what someone else had done. I get the idea that one shouldn’t necessarily reinvent the wheel if one doesn’t have to, but whereas Lewis and Clark are known all over the world for their pioneering spirit and accomplishments, the Katy Railroad (Missouri-Kansas-Texas Railroad) is all but forgotten. Except for the trail in Missouri and one here in Texas, the railroad is but a blip on the historical record. If anything, the trip taught me about risk and about a willingness to do something I had never done before. I love to ride, but 75+ 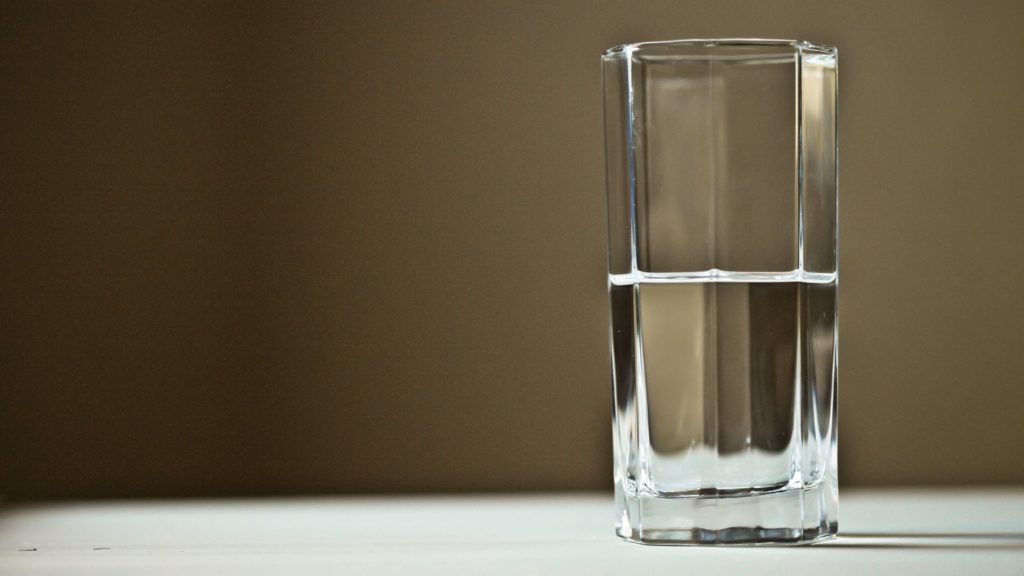 Confessions of a “Glass Half- Empty” Optimist

Are you a “glass half-full” kind of person or a “glass half-empty” kind of person”? While I generally endeavor to view life from an optimistic perspective, I confess that I am finding that more difficult these days. Lately, I tend to focus on the empty space in that proverbial glass and on what is missing from life and ministry in this season. Maybe you can relate. Take for example, our community partnerships and ministries. It is fall and the time of year when the Community Center would be normally be bustling with partners moving in and getting settled. Ordinarily, we would be ramping up our ministries and service opportunities in the community as well. In September we would historically recruit and train Reading Partners to serve in our partner schools. We would be are preparing to welcome back over one hundred students and fifty volunteers to our ESL program. Any other year, my calendar would already be filling up with events and opportunities to serve in partner ministries throughout our community. None of those things are currently happening and I miss them all. From this perspective, my glass looks half (maybe even two-thirds) empty. There is another way to look at things, of course. More available space in the Community Center has allowed us to provide space to organizations which had previously been housed in school buildings no longer open to outside events. We have been able to offer a classroom for Dallas Daycare Academy to assist older siblings of their students with online learning. Additionally, I am working closely with a small network of leaders from other churches and nonprofits who have come together to create one central hub 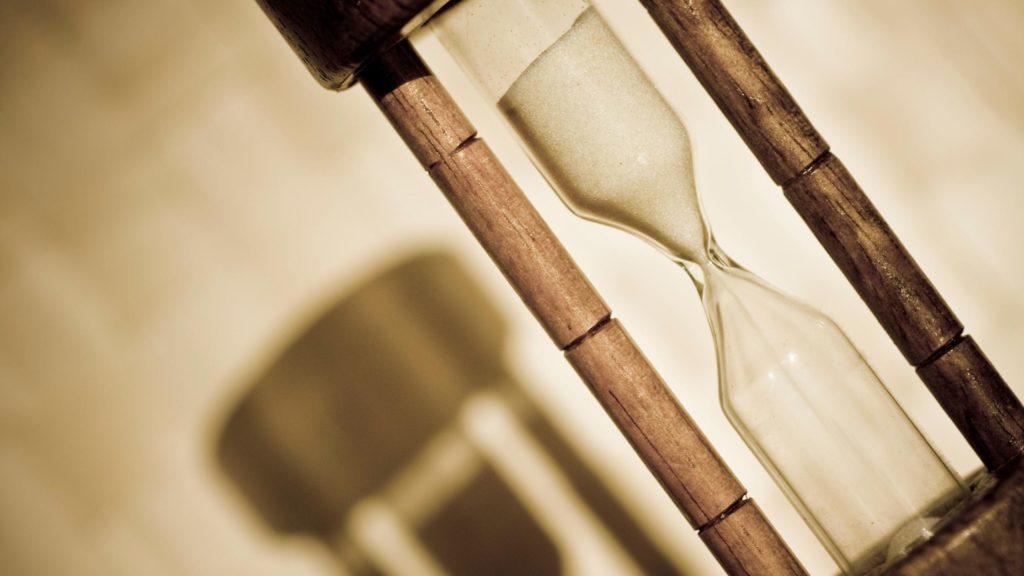 The Power of Patience

Patience wearing thin? Tired of pandemic restrictions or children at home all day? In this week’s blog post, Pastor Tom points us to the power of patience in dealing with circumstances beyond our control. 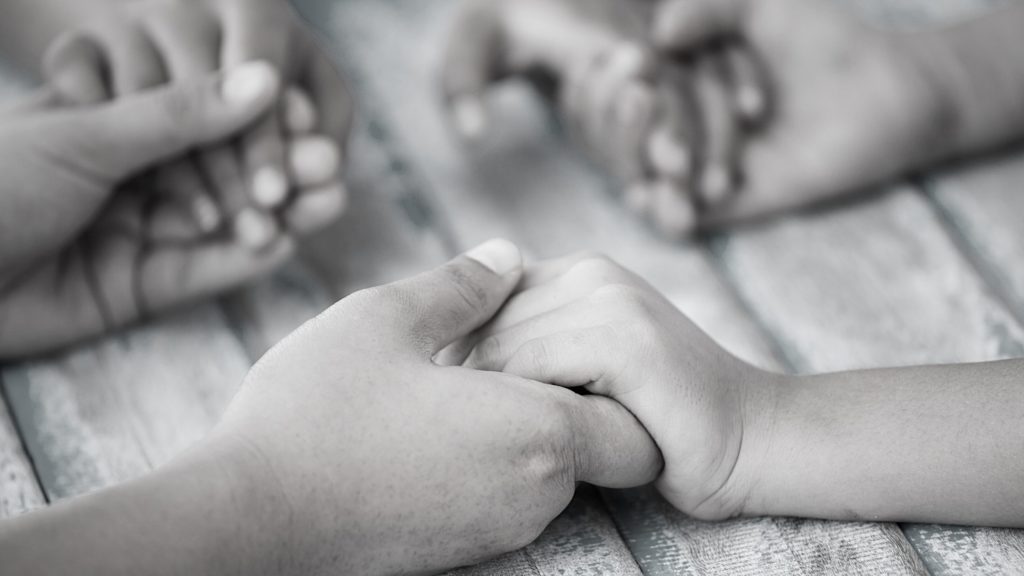 Farewell is not Goodbye

It seems odd to write my last blog for Holy Cross when it has become such a normal rhythm every month. For the past three years, each month I would think about my life and what God was showing me in it and then write it down to share with all of you. This month will be no different. When I first sat down to write this, I had so many thank you’s that I felt like I should have just written the two words over and over again in succession, and it’s because I have been blessed here by so many wonderful people. You all loved a “fresh off the presses” young woman in her first big girl job. You have supported, encouraged, and grown me into the woman I am today. From staff to youth to congregation members, I am so loved. Moreover, I love all of you very much and my heart will miss seeing you every day and week! God has done so much in me through all of you! So, instead of 6 billion “thank you’s”, I will continue to share what God has done in this transition. He has shown me his beautiful timing! Over the past few weeks, I’ve had conversations with students that I could better understand because of what I am going through, leaving a place that has become as much of a home as Albuquerque. I remember some of what they are feeling but without God’s perfect timing, I wouldn’t be able to communicate the gospel and love in such a personal way. God is good, even though goodbyes are really hard. The silver lining is that goodbye really only